Starring Nikita Dutta and Aditya Seal, Rocket Gang marks the directorial debut of renowned Bollywood choreographer Bosco Leslie Martis. The film explores a rare genre of fantasy-dance-comedy and if the trailer is anything to go by, the movie also includes elements of horror. In this trailer, Nikita Dutta, Aditya Seal and their friends are seen dancing their heart out and their flexible moves seem to remind us of ABCD which took the genre of dance-films to a whole new level in Indian cinema. 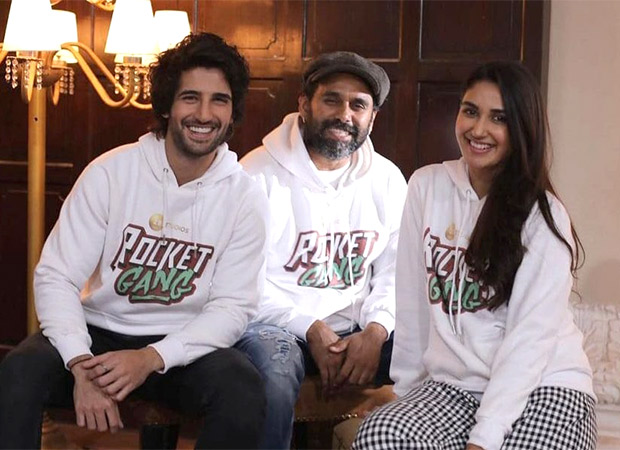 Rocket Gang Trailer: Nikita Dutta, Aditya Seal and their friends are possessed; dancing to stay alive is their only choice

Speaking of Rocket Gang, touted to be a Children’s Day release, the fantasy dance comedy features Nikita Dutta, Aditya Seal, Jason Tham, Sahaj Singh and others. The trailer shows that a group of friends visit a haunted bungalow where they are possessed by ghosts. But these are not normal ghosts. The twist in the tale is that these are dance ghosts who possess the adults’ bodies and their only condition is for them to dance their heart. As the trailer unfolds, we can see the kids confessing that they are aiming to win a dance trophy which is important for their mothers.

The film has been shot in different locations like Mumbai and Konkan beaches along with the sets of the popular dance show Dance India Dance. “The crucial part of the film is shot in the live locations, making the process challenging while keeping the innate nature of the narrative alive. The entire film is beaming with the energies of these two cities. Bosco Martis has beautifully captured their beats. The DID set also plays a pivotal role in the film, owing to the central theme of the drama.”

Produced by Zee Studios and directed by Bosco Leslie Martis, the film will release on November 11, 2022.