Karwa Chauth has now become a rather popular festival in India, courtesy Bollywood! While Yash Raj and Karan Johar has made this day of fasting special in several romantic dramas, it is also celebrated with a lot of glitz and glamour in B-town too. The festival is about wives observing fasts without water and food for an entire day for the long lives of their husbands. From Katrina Kaif to Deepika Padukone, many actresses have shared their experience of fasting for their husbands on this special day. Now in a recent social media post, new mother Sonam Kapoor Ahuja revealed that she doesn’t keep Karwa Chauth for her husband Anand Ahuja but the women in her family do. 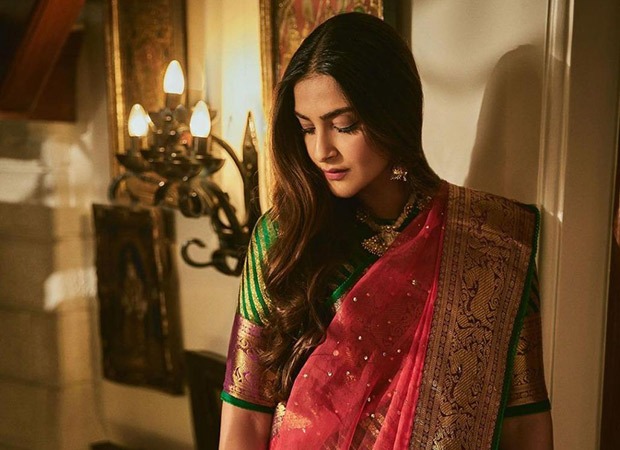 In an Instagram post, Sonam Kapoor Ahuja posted photos of her donning a pretty red saree and shared in the caption about her Karwa Chauth festivities. The actress turned mother in August and this will be her first Karva Chauth after becoming a mother. Speaking about how she celebrated the occasion, Sonam added, “My Husband isn’t a fan of Karava Chauth as he thinks fasting should only be intermittent ?? so I’ve never kept it! But both of us are big believers that festivals and traditions are a great reason for family and friends to come together.”

She went on to add, “I love that my mom loves celebrating it and I love being a part of it and dressing up. @kapoor.sunita you always throw the best dos! Your energy and generosity is legendary and I hope to follow the same path! Happy KC everyone!”

Coming to work, Sonam Kapoor Ahuja was last seen in the theatrical release Dulquer Salmaan starrer The Zoya Factor and later, also essayed a pivotal role in the Netflix film AK vs AK. After spending her first two trimesters in London with husband Anand Ahuja, she returned to the city to spend time with her family in the final trimester. The actress is yet to announce details about her upcoming projects post her maternity break.